In this post I thought I would review the fitness industry’s evolution. Now from a historical standpoint I have been immersed in  fitness and nutrition for over a decade. With a background in both commercial fitness and small start ups and have a unique insight in to both ends of the market. As tradition dictates we tend to follow American trends in the UK- London first and the rest of the country a couple of years later. 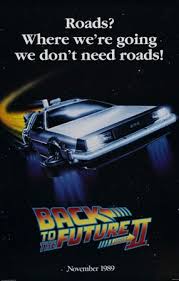 Personal training was a lot smaller 10 years ago. In fact most gyms had one or two guys who pretty much had the run of the place. No competition ment a steady stream of clients. These are a lot of the guys who we see as industry leaders now. Make no mistake- these guys may not be the best technically, they got lucky and were on the boat first. The one’s still working are probably as smarter businessmen as they are trainers and they have had to adapt to a changing more educated customer as well as competition.

Around the year 2000 there was a big influence of rehab based training and the start of what is considered “functional” training. This led to a more cerebral product being sold to the consumer. Trainers no longer did bodybuilding programmes, they wanted to explore the inner workings of your torso, cardiovascular exercise became potentially fatal for your lower back and all of a sudden lying on your back became the new standing up as you try to activate your “inner unit.” This was a result of the synergy of physiotherapists becoming more involved in the training process post injury. Now, not to discredit the therapy fields, these approaches where designed for injured people by people who work with injured people. The kid glove approach would suit firstly those who needed it and secondly, those who didnt want to work that hard.

Pilates started to rise in popularity, this was great for the functional rehab guys. Clinical pilates remained true to it’s ideals- posture correction and the development of a strong mobile body. Pilates though started to morph in to what some will consider an expensive “abs” class. These group session promise all the ideals of pilates but cannot deliver the personalisation. As posture is a personal thing it leaves pilates as a contentious form of training between purists and commercial forces and a pack them high class mentality.

Also from a class perspective ten years ago salsa, yoga and step aerobics ruled the roost. In the present day Zumba get’s more press than anything else- these is effectively latin dance and is basically dance aerobics. Spinning, yoga, circuit training and combat based training such as boxercise are still popular- reason being that if done well they work for enhancing “conditioning.” It shows that if done well classes that get people the results that they want will be successful. It also shows that creating a social friendly and fun class builds adherence- regardless of the results (work out which one I am alluding to there- if you know me then you won’t need to guess).

The rise in Bootcamps is effectively the revival of circuit training. The reasons for this rise are also commercial- more for the trainer than anything else. With zero facility costs they are easy to setup and get going. Again these services can not be personalised for the individual and are a group exercise class. It will not make me popular in the fitness industry for saying this but this is fast food fitness to maximize profit for the trainer- most fitness “marketeers” even suggest rebranding these classes as “fitness camps.” A smart move perhaps… but if you put lipstick on a pig it’s still a pig. That said great trainers are great trainers and if the groups are small enough and inclusive for a range of fitness levels then they will continue to grow.

This was aslo around the rise of sport specific training and the influence of training athletes. As a lot of training filters through from elite sport, if performance is hindered then people get sacked. Functional training in this sense now had to translate to direct improvements. Balancing, bosu boards and vibration plates grew in popularity, commercial health and fitness followed the craze. High end strength and conditioning though realised pretty quickly that this approach didn’t cut it. Old school methods individualized to the athlete worked, the smart guys assessed and took what they needed but barbells and dumbbells didn’t go away, commercial fitness though still has not caught up.

Athlete based training has started to shape commercial health and fitness. Why? It gets results simply, the customer is more demanding because they are more educated about methods of training and can demand perfection. Fitness professionals have become more widely read and in some cases better educated than they where 10 years ago- they two are not necessarily inclusive.

Ian Mellis MSc. CSCS is the co-founder of Results FAST (www.resultsfast.com)based in Ware, Hertfordshire. Specialising in athletic development, physique improvement and injury rehabilitation he provides personal training, strength and conditioning and nutrition coaching for motivated exercisers and those looking to make a long term change to their health, fitness and performance. View more posts